“What where we going to protest? That Donald Trump won the election? That Hillary lost?”  Ann Garrison at Black Agenda Report (BAR)

It is a scary day when, in the beginning of a historical political crisis in the US, the white supremacists’ anti-women and pro-Trump sentiments, expressed in alt-right websites like Alex Jones’ Inforwar and WND, are shared and echoed in so-called leftists sites like Counter Punch, Black Agenda Report (BAR), World Socialist Website (WSWS) and Information Clearing House, and OpedNews, to mention just a few.

Perhaps you didn’t notice in the scant articles the leftists dedicated  on their websites to the Women’s March on D.C. (most of which have been deleted!) and passing as ‘correct’ Marxist analysis, that  they could find NOTHING positive about that historic event. When Marxists and the racist ultra-right conservatives converge to  characterize about six million people marching in the US and worldwide  as mere anti-Trump and ‘neoliberal’ Democrats, the march as ‘identity politics’ (a ‘bad’ thing  that ‘Hillary’s fans’ do); and when both of them ridicule the female marchers (reason for articles being deleted?), it’s time progressives start asking themselves  ‘WTF is going on here?‘

Below is a sample of other opinions shared and published by America’s extreme right (in leftist jargon) and ‘left’ wings on their respective websites (as always, grammar police need a warrant to enter this blog):

Glen Ford and BAR are against identity politics, except when they are for it.

This unanimity in pro-Trump and anti-feminist sentiments between the opposing extreme right and the left-wings is no coincidence, unless our Marxists are comfortable openly aligning with white supremacists without qualifying the alliance. Marxists are aware of their meeting of the hearts with right wingers; they can’t claim ignorance of it. They (Counter Punch in particular) constantly invite people, like Paul Craig Robertson, for example, without telling their readers the “guests” are white supremacists. They allow these people to taint their website with their veiled racism and anti-feminism, all in leftist jargon to better cover their right-wing propaganda.

And finally, Trump and white supremacists blabber against ‘political correctness’, but, ask yourselves, how many times have you seen them inviting leftists to their websites to share with their readers Marxist ideology, just to prove that they too are anti-political correctness?

So, if it isn’t coincidence, then what is this meeting of the hearts between white supremacists and Marxists? Could it be:

There is a reason for everything, and I intend to discuss on my next post some of the reasons behind the meeting of the hearts between white supremacists and the disappearing American leftist movement. For the moment, I will close this post by clarifying who I define as the pseudo-leftists and who are the Third-way alt-right passing as leftists. My conclusion next time will be whether there is a leftist movement at all in our nation if it is anti-feminist and anti-identity politics.

From Left to Right

Who is “the pseudo-left”?

I define ‘the American pseudo-leftists’ as the owners of most of the so-called leftists websites, Counter Punch, BAR, OpEd News, Information Clearing House, and World Socialist Website among others (am excepting The Nation because during the elections they showed balance of ideas); and the various socialists/communist parties and intellectuals (of leftist think-tanks) supporting anti-feminist positions, and labeling identity politics as ‘reactionary’.  Andrew Levine and most of the Counter Punch intellectual elite are included in this group, people who give us Marxist gems like this:

“In my opinion, it turns bolshevism on its head by using race or ethnic identity instead of class identity as the supreme, mobilizing force in national life.” Peter Lee at Counter Punch. [Typo in source, highlights by me.]

Maybe these old-fashion leftists forgot the early 20th century international socialist movement: women, people of color and ethnic nationals were part of the movement, and their needs were  integral part of  progressive demands they made. In the new millennium, the American leftists have closed its decaying doors to that same group of humans as not-welcomed, their needs relegated to the kitchen, not worthy of fighting for.

I define them as the white supremacists and ‘third-way’ conservatives, whether members of the GOP or not; people of the like of Bannon, Paul Craig Roberts, Glen Beck.  Third-way and paleoconservatives are mostly the same people. What follows is a useful description of this third-way ‘movement‘:

Craving the legitimacy that an alliance with progressive forces can provide, reactionaries seize on ostensibly shared positions, chief amongst them opposition to corrupt élites, to create the impression that progressives could benefit from making common cause with them.

Today’s (crypto)-fascist and other hard-right suitors, for example, focus on the commonplace left themes of opposition to war and corporate globalisation, the depredations of the ‚banksters‘, civil liberties, and Palestinian solidarity. Because the problems described by Querfront propaganda overlap so well with left-progressive causes, it may even superficially appear to be standard left-progressive discourse.

If – as is the case with many of today’s (especially US) left-progressives – one lacks the historical knowledge and analytical tools to recognise this propaganda for what it is, it is quite easy to be sucked in. [All typos in source.]

Next: Can a movement be called ‘leftist and progressive’ if it is anti-feminist and anti-identity politics, and pro-Trump’s policies?

2 thoughts on “Anti-feminism: the place where Infowars and Counter Punch go to shake hands”

My blog about Shulamith Firestone 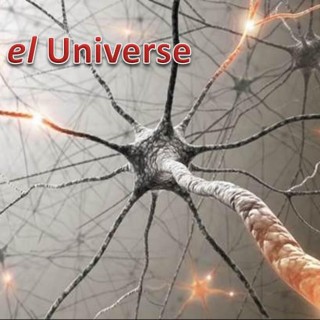 he was rejected by popular vote. don't buy the myth. He was appointed, not elected.

A Way in the Woods