I watched David Axelrod, Obama’s former campaign ad guru, at CNN doing a ‘Killing me softly” version on Hillary Clinton (HC) last night, the NY primaries day. It looked ominous because he proved in the 2008 primaries that he is an expert at killing Hillary.

He kept saying that HC, in order to not provoke Sanders’s followers, whom she may need if she wins the nomination, should not respond to his attacks against her and should not get angry. He dismissed Sanders’ dirty tactics of character assassination and lies against her. The implication was that she should be a good-girl and ignore the bully.

But that’s how he, Axelrod, ran his Obama campaign against her: he made her look ‘bitchy’ whenever she responded to Obama’s character assassination tactics. It’s no secret that Obama  and Axelrod, together, and Hillary are not in ‘good terms’ with each other.

That’s how Hillary is going to lose the elections: the MSM, Obama’s representative (Axelrod) there and the GOP will shred her to smithereens with misogyny, character assassination and outright lies. Today, less than 16hrs since her NY victory, the WaPo has this headline: The Take: Clinton got what she needed, but her image is underwater. The NY Times asks Sanders to stay in the race but makes no reference to his negative campaign threatening to handle the presidency to Trump.

The MSM is part and parcel of the presidential election process. They have more power to shape opinions than the politicians themselves. If the MSM is against you, you have an uphill battle to fight.

The only good news is that Gloria Borger, CNN’s Chief Political Analyst, who have been constantly bashing HC, showed a sign that women are finally noticing the misogynistic hack job that is been done on her. Gloria actually, somehow meekly, managed to respond to Axelrod’s comment observing that, as they were discussing (that democrats should start attacking Trump)

whenever Hillary tries to focus on Trump, Bernie gets under her skin an starts accusing her and bringing the emails, and she then has to pivot back to Bernie to respond to the accusations”.

Axelrod went actually mute: he couldn’t respond. The MSM is not 100% efficient, as shown by Trump’s and Hillary’s continued staying power despite the personal attacks. But the fact that  Sanders won Upstate New York prove that they have a powerful effect. The MSM has never criticized Sanders nor vetted his record; they attack Hillary if she responds to his smearing campaign. That’s how he won Upstate New York.

You can check my research on WaPo’s negative articles on HC and the positive for Sanders here. 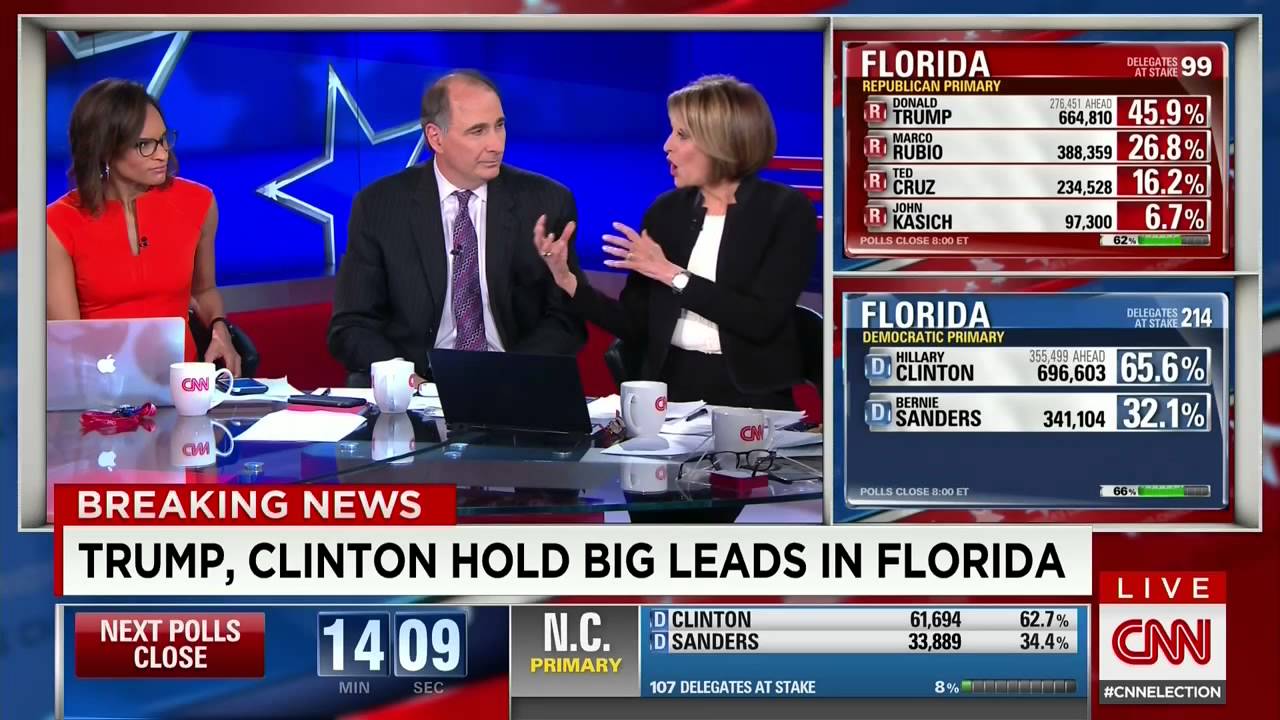 Axelrod and Gloria Borger talking to each other. Old snapshot, clearly.

Trump, on the other side of the aisle, last night displayed his new tactic for recruiting ‘democratic’ voters: appealing to berniebots. He, ever so innocently, said:

I don’t like that Bernie guy, but what is  going there with the super delegates is worse, worse here.

The man is not the moron we all thought he is. He is effective in his conning. The purpose of that statement he made was to lure the berniebots whom he knows are expressing the idea of supporting him and not Hillary. All he has to do is sweeten his bait and they will flock to him. The honey in this case is ‘victimhood‘: he, just like Sanders, is a victim of the ‘establishment’. He wants to  commensurate with Sanders’ followers. ‘I have more in common with you than you with Hillary’, that is his message to them.

And bite they will.

Important Update: I wrote this post in March, when the primaries were only a dress rehearsal for the real and scariest Trump that was to show up later in the presidential campaign. Back at that time, Trump was a cipher even for the MSM who could not understand the appeal of Trump nor the reason behind the ‘angry voters’. Thus, I tried to contribute in this post a deeper understanding of the Trump phenomena than the one discussed publicly in the media and otherwise at that time: that the fear in the heart of the oligarchs was not Trump, but him discussing publicly the failures of globalism, which they understand is the cause of ‘voter anger’ (see posts about Larry Summers).  At no time was I supporting him nor making a case against Hillary Clinton. At the beginning of the primaries, the oligarchy was divided on the issue of how to quash the people’s anger, and attacking Trump was a sign of desperation, they believed he was serious on his attacks on them. While Trump, with his ability to find the pulse of the public to make his products palatable to them, knew how to sell anti-globalism without using the term, it was no reason to elect a man-child over an adult. He identifies himself as part of the elitist class, the oligarchs will lose their ‘fear of him’ and probably continue to be divided on how to use the opportunity Trump provides to clamp down on the ‘angry people’. Now that the oligarchs are at ease with him, now is when we are in danger.

We went  through the presidency of Truman – who detonated TWO atomic bombs on Japan, and the world and the USA survived it.

We went through the presidency of Richard Nixon with his eight years of genocidal war against Viet Nam; and we all survived it. 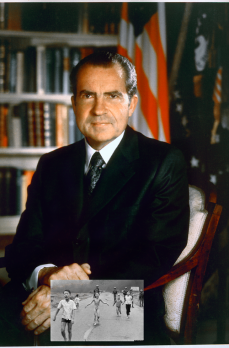 We went through the presidency of Hollywood actor Ronald Reagan, who sucked up the wealth of the nations for the elite and made wars on Latin America; and the world and the USA  survived it.

We went through the presidency of Bush Jr ( you all know what happened there), and we barely survived it. His administration (Cheney) went to Congress to OPENLY demand that torture be allowed as a regular US military policy. No, MSM, that policy has not being changed, and no, Bush Jr. didn’t ‘prohibit’ it. Don’t try  to attach moral qualities on a president and an administration utterly lacking it. 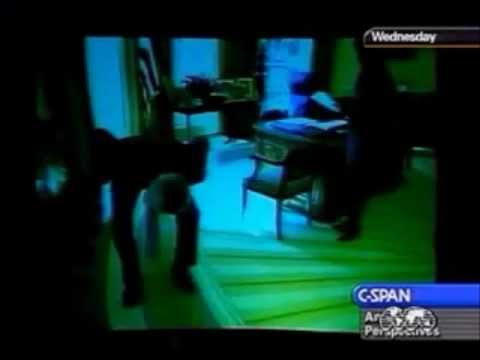 G.W. Bush joking about the failure to find weapons of mass destruction in Iraq at a black-tie event for radio and television journalists in Washington. https://www.youtube.com/watch?v=SCTfEf6Rrmw

We are about to come out from the Obama presidency, one bloodier than Bush’s Jr., and we have so far survived it (cross your fingers). The people in the Middle East may rightly want  to disagree with me in that they have NOT survived Obama’s presidency. He not only defended Bush’s torture policy, but he continues to practice it.

“His record on torture has been abysmal, to the point of obstruction, concealment, and ultimate complicity,” said Wells Dixon, a senior attorney at the Center for Constitutional Rights,” Photo of US drones damage to communities in Syria.

And now, if we were to believe the media (national and global), the US and the world would not be able to survive the  presidency of a Donald Trump,  the man whose big crime so far has been that he has entertained  the American and global addicts of vacuous reality TV shows with The Apprentice and Miss America.

But Trump’s threat to the globalist is in that he is anti-globalist. If you believe the media’s characterization of his thinking, then there’s nothing to fear: he would be a continuation of exactly what the neocons are doing now. Yet he has not shown his immorality in practice, in terms of war policies; the main stream media that protects Bush Jr.’ war crimes and Obama’s current genocidal wars have shown us theirs.

I think that it is precisely because the Donald is “not a real conservative” that he would be less egregious to the world than the neocons ruling the USA in the two-party system. (That post in the link is long but covers a lot.)

Do I support or would vote for Trump? NO WAY! Is he contemptuous and racketeering? Sure, but so are our elected officials. So far, we haven’t seen the Donald bombing poor people. I’m just highlighting the hypocrisy and duplicity of the globalist-militaristic oligarchy. Their bone of contention with him is ideological, not moral. The GOP is the party of racists, they have no moral standing to reject him as one.

The oligarchy uses the GOP as its tool to openly advocate policies against humanity. The Democrats are less cut-throat or evident about it.

That’s the purpose of the two-party system: one is extreme, the other appears to be less so. It fits both the oligarchy (they too have internal divisions) and the people – voting to choose from between the perceived less of two evils, or between the lesser war mongers.

Until the working class gets the courage to dump that system, they will continue to be the serfs of the oligarchs.

The revolution doesn’t require much: build that working class third-party. That would be a beginning.

One advantage of the third party is that they can challenge special interests maintaining a duopoly of the U.S. government.  They provide a means of protest against the status quo.  They allow non-corrupt candidates to run and have ballot access.  The small organizations can support honest people running for office.  A big advantage is that they can promote ideologically pure platforms without the need to compromise for the sake of propaganda money.

The hypocrisy of the MSM: they smear Trump (OK with me, I’m not a follower) and scream bloody danger, but give him FREE air time.

Trump has spent hardly any money of his own on ads because he is getting free media. Had the MSM ignored him, he would have been forced to use his own money. I doubt he would have stayed for the long run. No ratings if the DOnald is not in the debates? So they bring him in, negotiate with him when he says he is not attending.

Do you remember when he was boycotted by foreign nations, his gulf courts, etc.? He did lose money, but he made it back with the free media. Now he has corporations (some) supporting him. Plus, he IS getting donation from his supporters and other ‘pacs’ under the table.

The MSM takes BILLIONS of dollars during presidential campaigns, that’s their bottom line. Trump doesn’t pay in cash, he pays in ratings. He must be producing soooooo much more dough in ratings to the MSM that they are happy with giving him free access.

Look, the GOP is divided, which is to say that the elite is divided. Nothing strange about that, every group, no matter how united it is, has its own divergent factions. The thing that divides them is MONEY and access to power, and IDEOLOGY. There’s a fight between globalist and neo-conservatives vs neo-liberals. So, Trump has stirred the GOP beehive.

The MSM uses him, then blames the angry voters for Trump’s  rise. Then the top of the elite, in the form of Larry Summers, blasts him. If the top of the elite so much hates Trump, how come they don’t order their tool, the MSM, to stop giving him free time?

They take the $$ and then blame YOU. You pay for all broken dishes, even when they broke them.