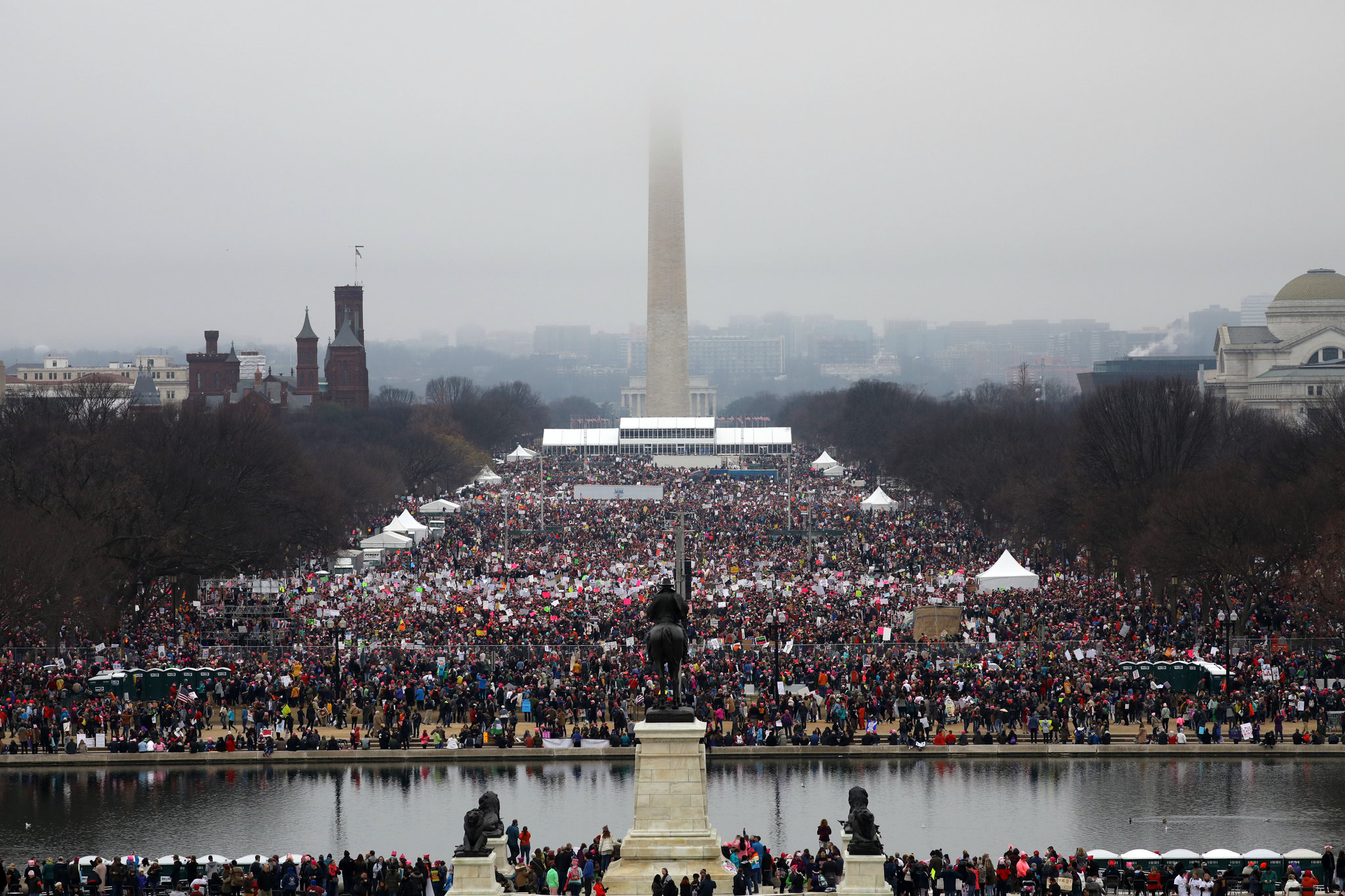 Calculations (by organizers) are 2.5 million people, mostly women, in Washington, DC. They can’t even march: they are stuck shoulder to shoulder all over the city! There was fear of a stampede due to inability to move, per Malveux, a CNN reporter.

I was there yesterday for inauguration protests by the working class. There were maybe two or three thousand people. ANY ONE can organize a march against the first lewd president except the American leftists.

From UK’s Independent: “Women’s march: Women hate Donald Trump so much they are even marching against him in Antarctica”

What this means is that WOMEN are the new revolutionary force in the USA, and in the world (see at the end of post).They will be the target of psy ops by Trump’s minions, they will suffer efforts at dividing them and their movement.

But they will learn as they go to exercise their power and fight their terrified  enemies.

Those enemies include the pseudo leftists, who have become fascists themselves.

Not only they dismiss women’s issues as “identity issues” to be ignored. They now feel empowered to ‘strip’ people of their dignity and historic contributions if they don’t show love for Putin and express hatred of Hillary Clinton. They did it to Angela Davis (The Zombie Left Trashes Angela Davis For Supporting Hillary Clinton), now to John Lewis:

The issue here is not that Lewis has become a negative element in Black politics, which I agree he has. The problem here is the leftist’s attitude that they can tell people who to HATE, and to engage in re-writing history by erasing people they don’t like out of collective memory. That is so Putin.

I don’t need the left to tell me who to hate. Even though I disagree with Mr. Lewis, I don’t feel the need to tarnish his past, nor to kill him and hang him in a bridge for all to see as a warning  like the fascists leftists are doing, FIGURATIVELY SPEAKING, with other leftists who don’t do as they tell them to do. They want to kill Hillary Clinton, NOT figuratively speaking.

The reasonable and rational humanity are being pushed against the wall by both the right and leftists fascists. There is no difference between today’s white fascists racists and the pseudo-communist/socialist leftists. They both love Putin and hate anyone who don’t love him AND Trump. Remember this: the American leftists LOVE Trump; they don’t like ‘some’ of the things he is doing, but they love that he LOVES Putin. So, be careful not to express negative comments against Trump and Putin in front of a pseudo-leftists.

They are misogynist too. The American leftists treated women as sex toys in the 60s, and they haven’t change much.

The REAL  men are men with the attitude that drove many of them to the Women’s March and to vote for Hillary Clinton.

Stay away from the pseudo leftists, please.

A new revolution with a new ATTITUDE is developing: It is feminine, compassionate and inclusive.

One thought on “Empowered Women, and the demise of the American Left: the new revolution”