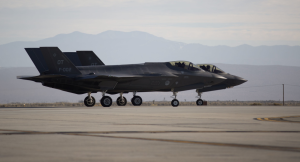 I’m baffled by this news; must admit I don’t know where this orange man is going with these attacks on the military…oh, wait, I know! It’s called EXTORTION. He wants these globalist warmongering corporations to share their loot with him, or else he throws the angry anti-globalist deplorables on them. But he is playing with fire. More on this below.

First interesting detail about that headline news: Politico doesn’t tell the public the cost of that jet program. The WaPo did. It costs $400 BILLION dollars……….

OK. Did it hit you yet? What’s the first question that came to your mind when you read about that? I’ll tell you mine.

That amount of money represents the true reason why we are, using Obama’s words, in a permanent war. The first question in my mind was this:

What are the chances that Lockheed Martin’s CEO wants to end the Syrian war, or ANY war for that matter, and give up that amount of money back to our society as ‘peace dividend’? How badly do these warmongers want peace? Or do they believe, like Mussolini did, that it is good for humanity to live in a permanent state of war, and that peace is an obscene word?

Marillyn A. Hewson is Chairwoman, President and Chief Executive Officer of Lockheed Martin. In 2015, Hewson was named the 20th most powerful woman in the world by Forbes. Wikipedia

It did take me by surprise finding out that a woman is heading that mammoth war machine that is Lockheed. Oh, well. Live and learn, folks.

Vietnam and the new millennium wars

Many people, not all, are aware, thanks in part to The Pentagon Papers, that the Vietnam war was a fake war to feed the Pentagon and military warmongering vultures. It seems ‘we the people’ didn’t learn the lesson of that war, or maybe we are more powerless as citizens to stop the madness than we were at the time of the Nam war.

When Trump disclosed this and Boeing’s price tag for their fighter jets, he did it, and the media discussed it, in terms of “the budget”. Too expensive, let’s bring the price tag a few notches down. It was not discussed in terms of the wars price tag. How many notches down are the vultures willing to go without blowing a gasket? A billion dollars? Can he really scratch the contracts and start new ones and live to tell how much he ‘saved’ the ‘public’?

Is Trump the con, the one who said that evading paying taxes makes him intelligent, truly working on behalf of the ‘deplorables‘? Can you trust his intentions?

“I didn’t mean it quite that way,” Trump said. It was, he explained: “A euphemism. I was talking about Carrier like all other companies from here on in, because they made the decision a year and a half ago.” How Donald Trump forgot about his promise to keep Carrier jobs in the U.S.

For them, every aspects of our social life is a war scenario. Don’t you go on thinking they invest only on direct war issues. They permeate our lives with their war propaganda, ‘terrorism’, maintaining the status quo… 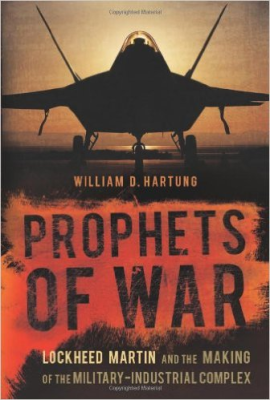 “If it seems a little creepy to you that the same company making ballistic missiles is also processing your taxes, accessing your fingerprints, scanning your packages, ensuring that it’s easier than ever to collect your DNA, and counting you for the census, rest assured: Lockheed Martin’s interest in getting inside your private life via intelligence collection and surveillance has remained remarkably undiminished in the twenty-first century.” Mother Jones

By now you may have noticed the pattern: the media reports Trump says the big globalist companies (Carrier, Boeing, Lockheed) are ‘robbing the public’, the deplorables and Berniebots have an orgasm, Trump then denies he promised to make these companies ‘pay’ for their crimes, the CEOs meet with Trump, the issue disappears from the news.

If you think that Trump is straightening these people out, I’m sorry for you. Will you stop it, giving him the ‘benefit of the doubt’?

Trump is extorting these people. And they will make him pay for it.

Trump and JFK: Is there a shared future looming ahead?

Trump is messing up with the powerful military vultures. These are people who own TRILLIONS of dollars in military investments. Remember TSA’s Michael Chertoff and his airport full body cameras? He and his pals used the ‘war on terror’ excuse to build his private camera company and then influenced his department and federal government to buy his product at an exorbitant price. The cameras give you cancer, but who cares. It’s not about protecting you. If it were, they would protect your money.

These people own the planet, well, together with the other vultures at Wall Street. They decide whether we work or not, what types of jobs and at what meager salary. It’s not conspiracy theory. It’s our lives.

So, it boggles my mind seeing him playing this dangerous game. It’s plain logic, people.

If you mess up with the guy with the bigger gun, even if you are just kidding with him, he is not gonna like it. Eventually you are going to really piss him off (pardon my English).

Then what? JFK was assassinated for a little less. Well, if you belief the lone bullet theory, you don’t believe these military vultures have evil ways to protect their trillions of dollars. But I think Trump’s decision to keep his own private security detail, he will use the government’s too, but he keeps his own security guards, say something about him. He doesn’t trust ANYONE. Smart of him, isn’t it?

But I think Trump is playing with fire. Not all globalists are on his side. Remember, the oligarchy and the conservatives ARE experiencing an existential moment. Trump seems intent on acting like the bully he is, demanding the vultures share their loot with him. He has surrounded himself with military brass, put them in civilian government positions; and keeps the deplorables happy with tweets about chastising the oligarchs. They are his true army, or at least he think they are. But in the US, the people can’t prevent a coup d’etat.

That was the JFK lesson.